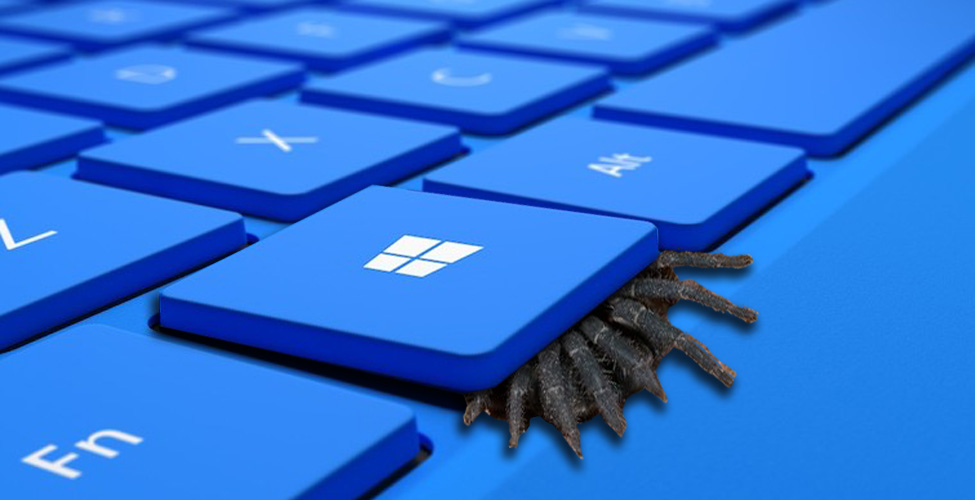 As an article at Forbes notes, “Windows 10 is at a dangerous moment.” And indeed it is for the software giant – as well as demanding faith and patience from the users who rely upon it. But Windows 10’s free installation period has ended; it faces sluggish sales and growing user suspicion. Worse, it’s much-hyped Anniversary Update has not gone as smoothly as promised.

There have been significant problems. First noted was that the Anniversary Update broke millions of webcams. USB webcams can no longer use two popular streaming formats due to the new permissions Microsoft is giving its applications. Only one format, YUY2, will now be accepted. The restrictions are supposedly to avoid duplicating video streams, but in so doing, Microsoft also broke Skype, their own video-chat product, which freezes. There is an unofficial workaround posted on Twitter that was discovered by engineer Rafael Rivera which involves hacking the machine’s Registry, but nothing from Microsoft yet,

Freezing is not limited to webcams, however, but also extends to freezing the system on a “small number of devices”. This supposedly only happens to computers with solid state drives where the applications and data are stored on separate drives. The quick workaround for that is to start Windows in Safe Mode. But there is no real fix yet while Microsoft investigates. Otherwise, they have offered a solution that involves restarting in Safe Mode and then using the Recovery Console.

Normally, however, users might just shrug and revert to the older OS that works. Previously, they would have had a whole month to decide whether or not that was the best thing to do. Without any notification, however, the Anniversary Update arbitrarily cut the reversion period to just 10 days. Within that time span, affected users can start in Safe Mode and then move data and apps to the same drive as the OS. But after 10 days, they must rely on the Recovery Console method instead.

To be fair, however, the update does allow Windows 10 to show and synchronize notifications from other apps in the taskbar, which will help Android users. So there’s that.

Despite promises to support Windows 7 and 8 until 2020, Microsoft is quietly acting to upgrade those systems surreptitiously. After October, those machines will no longer be able to choose which Windows Updates they install – Microsoft will decide. The only choice a user will have will be to take whatever they give, or leave the machine vulnerable. So since their machines will eventually be running something like 10 anyway, Microsoft’s betting users might as well pay the fee to upgrade properly.

But if anyone thinks that will be all they have to pay, they may be surprised. Microsoft describes Windows 10 as a service, not a product, and for this wonderful service they have confirmed they will be charging a $7/month fee for enterprises. Consumers, who have been told from the start that Windows 10 would be free, are not yet going to have to pay. However, the operating system is already bulging with at least 7 forms of advertising.

And there have been other problems reported, such as blank screens, slow booting up, and freezing midway while installing the Anniversary Update. Plus, plugging a Kindle into a Windows 10 machine causes the PC to crash, while another recent update breaks PowerShell in two different ways. Both these, and the other problems, have been blamed on Microsoft’s testing program – or rather, the lack thereof. As they move towards larger and more cumulative updates rather than individual hotfixes as needed, these sorts of problems may be inevitable without broader testing.

Microsoft’s dilemma is not so much caused by any one problem, but in the disturbing overall pattern they exhibit. Along with the documented sneakiness that they have employed, the picture is not pretty. Despite their positive, upbeat advertising, the recorded behavior of post-Gates Microsoft show a company increasingly intent on other purposes than building a solid product and promoting their customers’ privacy.

Condemned to live in the shadow of Apple, MIcrosoft and its programs have always had a reputation for being cheaper in comparison. The openness of the platform to developers and programmers made it generally more hackable, too. They’ve never really aimed at being excellent but settled for just good and economical enough to be useful to millions who can’t afford the higher quality of their rival. But as time goes on, the question grows: how good is good enough? And when will all the costs, financial and otherwise, become simply too much to be borne?