The Expanse Gets Real 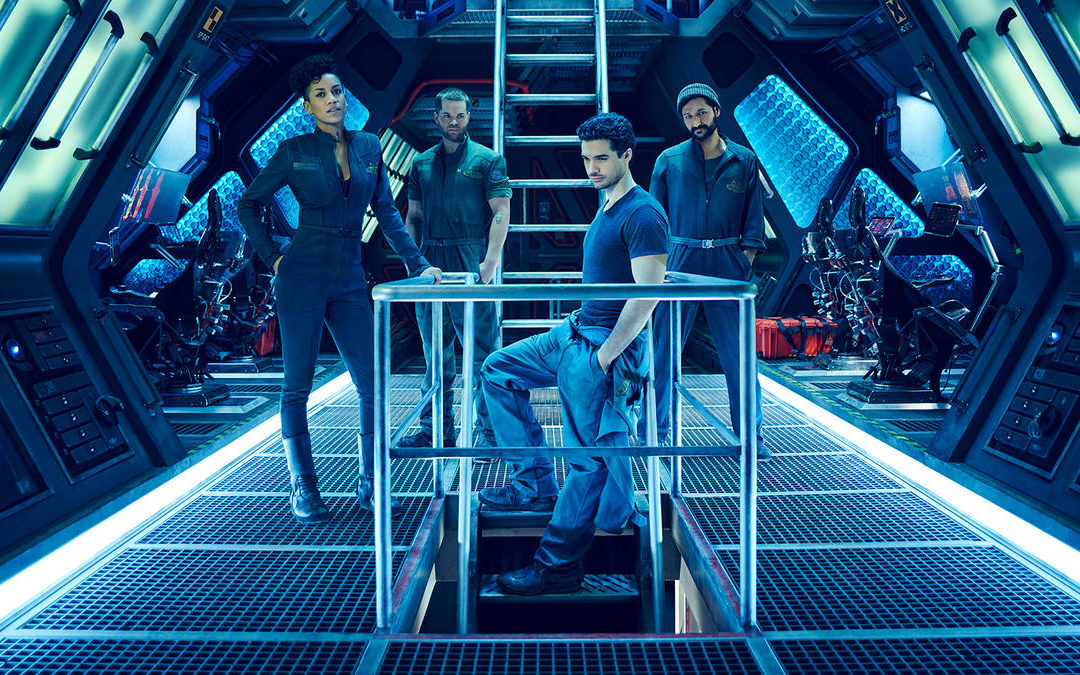 Almost exactly a year ago, we first mentioned that The Expanse was coming to Syfy. The first season is half-over now, and we’re delighted to say that the long wait was very much worth it. The series has been rightfully hailed as “the best new science fiction series in years” – in terms of story quality, special effects, and the marvelous, intricately-detailed universe it explores. The Expanse totally rocks. We’re not alone in thinking so, for the series has already been renewed for another season.

Depicting life, death, and politics two hundred years from now, the series is set at the critical tipping point where the human race has colonized our Moon, Mars, and the Asteroid Belt but is still stuck within our Solar System. The Expanse realistically depicts the claustrophobia of living and working in crowded tin cans far out in the void, and all the gritty problems and diverse dangers that entails. Part noir detective story and part political thriller, it’s an utterly-engaging dive into darkness, both within and without.

Now with five volumes published, but still not complete, the epic book series is being written by “James S.A. Corey“, the pen name for the writing team of Ty Franks and Daniel Abraham. We were first interested because Daniel, as mentioned before, used to be Southwest Cyberport’s crack Technical Support Director. We are of course, immensely proud that “we knew him when” but as card-carrying sci-fi loving geeks, could not be more thrilled about the series, and how he has blossomed as a writer.

Naturally, like all good hard science fiction, The Expanse extrapolates future societies from current reality and scientific fact. The asteroids are indeed believed to contain trillions of dollars worth of minerals and various companies are already considering means of extraction. There’s easily enough riches out there to ignite a capitalistic and nation-state outer space gold rush that could result in war.

But the Outer Space Treaty, written in the days of Apollo, which declares that no nation may claim another world or place weapons there, is seriously out-of-date. Moreover, the US SPACE Act of 2015, signed into law last November, would allow commercialization and private ownership. How this space mining and development works out will not be decided entirely by diplomacy, but will be largely determined by deeds done by miners a long, long way from home.

Until then, we can imagine. If you don’t get cable, you can still watch episodes (alas, it appears only the first 5, though hopefully they may unlock more later) and explore the rich backstory of The Expanse on Syfy’s website.

The sky’s the limit; enjoy the ride!