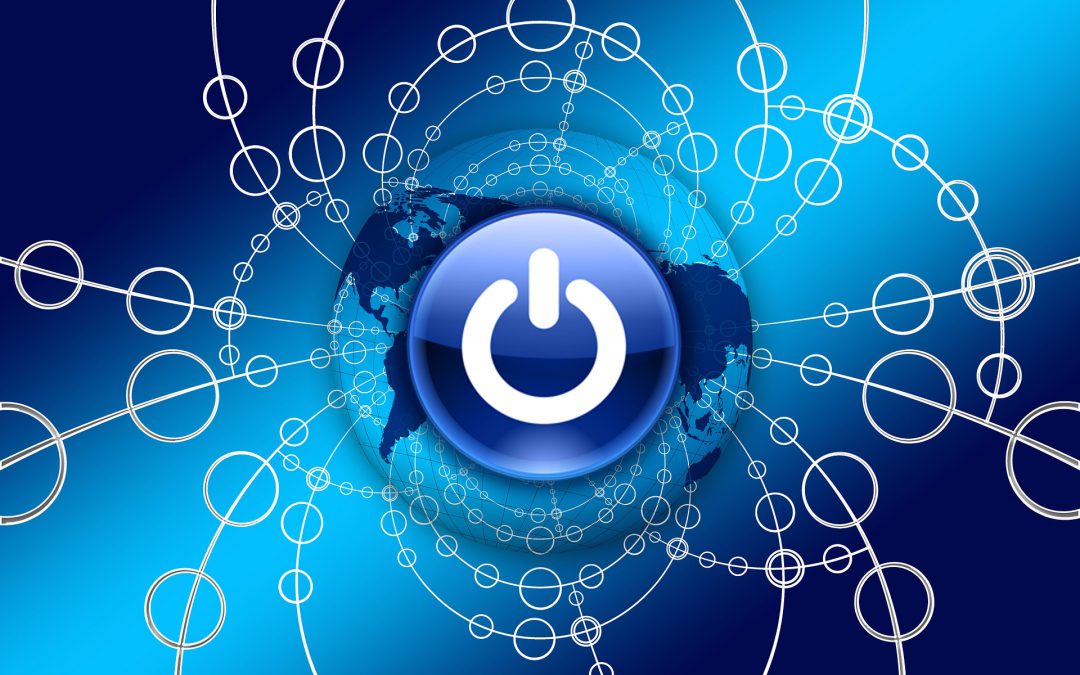 Every now and then, most computers need rebooting. The longer one runs, after all, the more applications and processes are engaged and abandoned. Eventually short-term memory fills up with useless data. The machine slows down, activity and connections may become erratic. Even if it doesn’t jam up, it seems old and cranky. And for these symptoms, the simplest, easiest solution is to shut everything down and restart the system. Memory is cleared out, connections become untangled, speed and reliability are restored.

If rebooting is good and occasionally necessary for an individual computer, would something like that help the net? Not literally, of course – even if it were done far more gently than with some kind of an internet kill switch, any large-scale disruption of service would be a real catastrophe. But wouldn’t it be great if we could start over and do it right this time?

After all, the net today suffers collectively from all those symptoms and more. Which makes sense, considering that the worldwide web has been running without a break for over twenty years. We’ve had enough time now to see how we would like the net to work, and it’s safe to say that the web does not function that way. With spam, hackers, identity theft, the insecurity of financial and other records, annoying ads that follow one around, cyberbullying, link rot, and oh yes, let’s not forget mass surveillance by secret government agencies and multinational corporations, the cyberpunk web of 2016 is a far cry from the idealistic dreams of 1996 and before.

If you think that yes, maybe a new way of doing things online could be better, you’re not alone. Recently at the Internet Archive in San Francisco, a group of smart people gathered for the first time to brainstorm how to do just that. The Decentralized Web Summit that was held is a small beginning, but the first step to solving any problem is to admit it exists. But why call for a “decentralized web”?

As the inventor of the web, Sir Tim Berners-Lee, one of the keynote speakers, said of the modern web in an interview with the New York Times, “It controls what people see, creates mechanisms for how people interact… It’s been great, but spying, blocking sites, repurposing people’s content, taking you to the wrong websites — that completely undermines the spirit of helping people create.”

Alarm was raised by Edward Snowden‘s revelation of massive, secret surveillance by the NSA as well as ham-fisted censorship in the Great Firewall of China. But the fact that so much of our lives online are entirely dependent on near-monopolies run by faceless giant corporations, whether it be access (giant ISPs like Comcast), searching (Google), social networking (Facebook), shopping (Amazon) and software and hardware (Microsoft and Apple) should be equally chilling. Hence the egalitarian idea of the decentralized web, which can be described like this:

The core vision of a decentralized web is a web that respects user privacy and user data, has funding models besides ads, that is self-archiving, and cannot be censored or taken down.

All technology is political, and all technology reflects human values in its functionality. The possibility of a decentralized web is the possibility to build thoughtful technology around those values which can empower marginalized voices and bolster freedom of speech and expression.

It’s an exciting, revolutionary idea. After all, the internet’s architecture was not some sort of divine revelation: it was cobbled together to fulfill specific needs, many of which it was never intended to do. It is highly hierarchical and centralized, but it doesn’t have to be that way. The web likewise began as a way to share scientific results over the net. That’s it.

Everything else, all capabilities from elaborate layouts and embedded data, to interactive pages and design to fit various formats were added on later, often initially by workarounds which stretched designs almost to their breaking points. It’s taken all this time to get to this point where webpages with all the advantages of hyperlinks, can be laid out with HTML 5, CSS 3, and other tools with anything like the sophistication and variety that printed pages display. If the system is still somewhat clumsy, it’s because because all these ways of doing things have been added to or changed slowly over time, by trial and error. (Remember the blink tag?) Reworking the net from the start may not be practical, but eventually it may be necessary.

And now we have much clearer ideas as to what we want the internet to do. Imagine webpages distributed without servers, storing information forever safely and without huge fees. Think about how it would be if the web handled financial exchanges simply and securely, empowering private communications by broad encryption, and communicating freely peer-to-peer, without massive gateways and surveillance. Micropayments might take the place of distracting ads, so that readers would be directly charged small fees for content they consume, and creators might not have to rely on iTunes or Amazon to sell their works. Without ads, webpages should load faster, many hacking and phishing attempts might never work, and perhaps other, honest ways of making money from content might emerge.

The vision is rather utopian, and may be ultimately unrealizable in a world already totally dominated by huge players that only want to become even bigger. But perhaps the timing is right. Readers may have noted the recent general lack of capitalization on words like “web” and “internet”. Get used to it. As of June 1, the highly-regarded AP Stylebook decreed that henceforth they were no longer regarded as special entities, as if possessing wills of their own, but just regular old nouns, like “electricity” and “telegraph”. If nothing else, this demonstrates that the net and web are now fully part of the background of our world, arcane novelties no more.

Just last month, the SWCP Portal discussed the emergence of Web 3.0. Nobody knows what it will be like – more of the same, or a dazzling 3D virtual experience, something based on meanings and deep links, etc. But Web 3.0 will undoubtedly include the internet of things: billions and billions of web-connected appliances, which still must surmount a number of problems. And yet, just two months ago while that article was being written, there was little said online about any need for rethinking the whole system. That’s how fast things change these days.

So stay tuned. Like electricity, the web may have receded somewhat into the background, but the net’s power to shape our lives is only increasing. Perhaps it’s time to consider rebuilding the internet to strive upwards for a more humane, enlightened web, rather than let market forces and the base attractions of the lowest common denominators such as fear and outrage drag it – and us – down into the abyss.