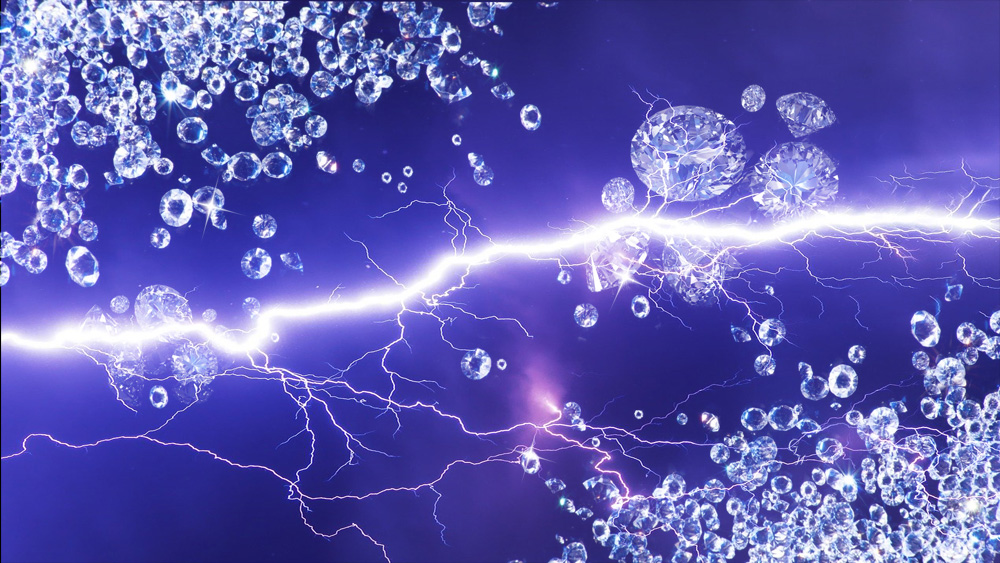 One sure indicator that we are living in the future is that proposed or brand-new technologies often sound right out of science fiction. In a world of jetpacks, laser cannons, rockets that land upright, self-driving trucks, talking robot assistants and virtual reality, it’s no longer that easy to tell what could be really real and what is just a geek’s daydream.

Case in point: Nuclear Diamond Batteries (NDBs for short). These are theoretical solid-state electrical power generators that would last a very long time. They work from the energy provided by nuclear waste that has been made into diamonds. Sounds incredibly sci-fi doesn’t it? It conjures up visions of blue-glowing boxes of gems ready to unleash ravening lightning bolts with the mere flip of a switch.

Unfortunately, that picture straight from the cover of a 50s pulp magazine is indeed imaginary. But the device itself is possible, though it may not ever be practical.

The basic idea is elegantly simple. Many nuclear reactors use moderating rods or blocks made from graphite to regulate the atomic chain reactions which provide the heat to create the steam that generates electrical power by spinning a turbine. It’s complicated, wasteful, and old-fashioned, but it works.

In so doing, those rods or blocks, made from ordinary carbon, eventually become radioactive (as do many parts of reactors). The graphite’s Carbon-12 is gradually transformed into Carbon-14, familiar to us as measuring C-14 decay is widely used to date ancient organic materials.

As the radioactive carbon decays back to C-12, it spits out high-energy electrons. These could be directly gathered on silicon chips and used to power other devices. But to increase power densities to a useful level, however, the C-14 would first have to be separated from the remaining graphite and then compressed into crystals – diamonds – which would then be encased in C-12 diamonds and mounted on the chips.

The big advantages include no moving parts and a steady flow of electricity that would last a really, really long time, like from a decade to 28,000 years. Diamonds, being the hardest substance on Earth are exceptionally stable, and will never degrade into toxic sludge. They also are natural electrical superconductors and encasing the C-14 gems in C-12 crystals ensures that all the electrons stay within the structure. Plus such units would be a safe way to dispose of nuclear waste.

One downside, according to a nuclear engineer, is that the efficiencies involved are quite low: at best around 8%. This is not a lot more than that of current atomic batteries. These devices, Radioisotope Thermoelectric Generators (RTGs) – which convert heat from alpha-particle decay (typically from plutonium) into electricity (at around 6% efficiency). RTGs have been around for decades. They are mainly used on deep-space probes where steady amounts of low power is needed for very long times, like a decade or more. They are also depended upon at unmanned lighthouses above the Arctic Circle by the Russians and the US has employed them during the Apollo missions as well as probes like the Voyager missions, so it is a generally safe, well-proven technology.

The Russians have also experimented with the direct use of radiated electrons (called betavoltaic technology). A design of theirs in 2018 was based on 2-micron thick slabs of Nickel-63 (which is also a beta-particle emitter like Carbon-14) sandwiched between 10 micron diamond layers. It produced a power output of about 1 microWatt (μW) at a power density of 10 μW/cm3. This is 10 times greater than that possible from C-14, which would thus would require a lot more material (up to 300 pounds for a cellphone, according to the expert).

He did additional calculations, based on assuming the same power density as available from nickel:

Like many start-ups, the company promoting NDBs make a number of fantastic or at least highly-optimistic claims. Such as that NDBs for cellphones could recharge them multiple times an hour, and would be capable of being scaled up to power electric cars.

This may not be possible, but alas, at this point it’s all still just theoretical. But if nothing else, until proven otherwise, “diamonds from recycled nuclear waste producing near-infinite power” sounds like a terrific theme for a science fiction story.