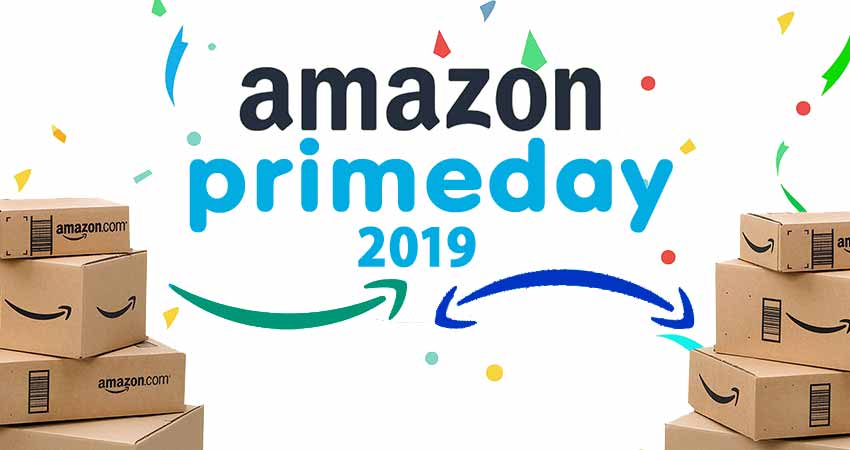 The dog days of summer, as they once were called, not only historically came with a lack of serious news, but a slump in the retail market, too. People were assumed to be on summer vacation down at the beach or up in the mountains or off in some distant town. They either weren’t buying at all, or else spending their cash on tourist trinkets in exotic far-off locales.

One traditional way to fight this seasonal lull is with big sales. But Amazon has gone one step further. Jeff Bezos has invented a bogus holiday for the middle of summer. After all, holidays are proven magnets of consumer spending especially on Amazon. If Christmas lures gift-givers, and Halloween attracts cosplayers both young and old for mass candy consumption, why not a holiday that simply celebrates merchandising itself?

So that’s just what Bezos did five years ago. He took “Black Friday” and dropped it in July. And it worked. Amazon’s “Prime Day” promotion boasted record sales last year, and this year has been expanded to 36 hours over July 15-16. What proves that it’s a real success is that other merchants are also trying to cash in on the opportunity.

Maybe Prime deserves to be celebrated, because Prime membership made Amazon the marketing juggernaut it has become. In any case, the hype has been relentlessly building for weeks, with breathless articles placed all across the media about all the fantastic deals ahead. Expect good savings on items that Amazon hasn’t been able to move out of their warehouses, or their own products like Fire TV, Alexa speakers, Ring video doorbells, and Kindle upgrades. Members can download the smartphone app to keep track of giveaways and deals.

However, this year promises to also have good deals on small appliances and electronics, luggage, and trendy cookers. There are also attractive offerings on TVs, Facebook’s Portal videophone, various digital gaming devices and printers as well. Amazon will use the occasion to launch new products just for Prime members while Macy’s, Target and eBay plan events of their own.

Of course, just because a seller says it’s knocked off a huge percent doesn’t necessarily mean it’s a great deal. They could have just raised the price before knocking it down, and besides, all prices online are dynamically based anyway. So watch out for fake “deals“. Use comparative shopping sites, including Google Shopping. One called camelcamelcamel tracks historical prices on Amazon, to let users know if they are really getting a good deal or not. Fake reviews have become a huge problem on Amazon – don’t be taken in by them, either.

And, it must be said, Amazon Prime Day is restricted to Amazon Prime members only. Amazon does everything it possibly can to encourage membership – restricting low prices or even access for very popular items such as movie blockbusters to members, free, one-day shipping, free access to Prime Video and other services, such as photo storage in Amazon’s cloud. Just in case this isn’t enough, the site even asks users several times during the purchasing process. Avoiding it takes a certain amount of determination, as the company is cleverly trying to trick people into buying more.

Yet Prime membership is not free – it costs $13/month or $119/year. There is a 30-day free trial membership available – but users are automatically upgraded to full-payers if they don’t cancel by the end of that time.

Unfortunately, the down side in all this is Amazon itself. The company, as has been mentioned in the latest issue of the SWCP Portal, runs its vast system of warehouses like Victorian sweatshops. Horror stories abound about people being fired automatically if a tracking program decides they spend too much time in the restroom, or tedium so great the company tried video games to make it interesting. And now workers are having to train their robotic replacements.

Tensions have come to a head this year. The pressure coming from the decision to make free, one-day shipping the default for Prime puts even more pressure on workers. Workers at a warehouse in Minnesota plan a 6-hour strike to protest their working conditions, demanding job security, higher wages and the like.

So, shopping or participating in anything during the 36 hours of Prime Day – such as watching Prime Video – could be seen as the moral equivalent of crossing a strike line. Perhaps it might be best to wait for other opportunities, or explore other sites. Don’t forget that in several weeks, from August 2 through 4, there will be a tax-free holiday for New Mexico residents granted by the state. While many traditional supplies will be exempted, the list includes various computers, too.