Gaming for Geezers: Why Play Games? 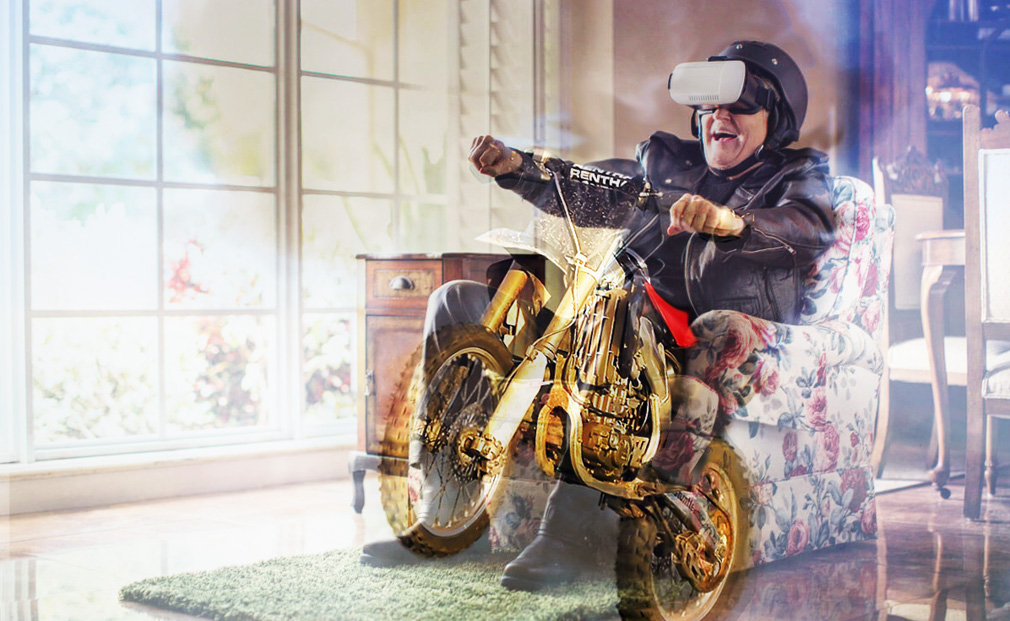 The internet is quite a boon to us older users. The net makes shopping and banking lots easy, effortlessly connects us to family and friends, provides an instant wealth of knowledge about whatever we may be interested in, and delivers wonderful entertainment. But many in the older set may be missing out of some of its best offerings.

Video games, for instance. Here’s where being a grumpy old geezer can really cut off any potential for growth and enjoyment. We look at the kids wrestling with their controllers, and shake our heads at the blinding speed of their thumbs. Isn’t it all a waste of time unless they intend a military career flying drones or something? And who wants to do nothing but shoot things up anyway? We look at the puzzles, and think, wouldn’t it be more productive to read a book? We see the constantly-evolving arrays of hardware and playing gear and grumble, isn’t my computer expensive and complicated enough already? Bah, humbug!

As adults always have, we shrug and leave playing to the children. But by “acting our age” we’re only robbing ourselves. Video games are not just for the young anymore – or at least, they shouldn’t be. But what’s in it for us gray hairs?

There are plenty of good reasons beyond simple enjoyment. Studies have revealed many significant physical and mental health benefits for older users that come from playing games.

Turns out that gaming is good exercise for the brain. Just as we need to work our muscles to keep our bodies functioning, so to with the brain. Gaming has been shown to do this in a number of ways:

For instance, Tetris helps cure “lazy eye” by forcing both eyes to work equally as hard. Balance and walking speed in older folks were improved by games requiring fast thinking. Elders playing World of Warcraft for 2 hours a day over 2 weeks had significantly improved mental focus and spacial ability. Another study showed that strategy-based games improve cognitive flexibility allowing players to switch more easily between tasks. Action games such as shoot-em-ups, as one might hope, increased the brain’s ability to translate fleeting sensory impressions into accurate decisions. They also increased the eyes’ sensitivity to subtle changes in a background, which is one of the first abilities to fade with age. Both these benefits would be very helpful for elderly drivers.

Senior players of an experimental 3D multitasking game even reversed the effects of aging on the brain. After training on it for a month seniors were able to beat 20-year-olds who were first trying it out. Another 3D study showed that just playing 15 minutes a day might be enough to stave off Alzheimer’s disease.

In short, gamers over 63 seem happier and less depressed than non-gamers.

Unmentioned in these studies are the social benefits. For seniors, isolation is a major and crippling problem. Online gaming offers people living alone a way to connect with their peers, and maybe even make new friends. It could also give them a new way to relate to younger members of the family.

Gaming can add excitement and zest to an otherwise bland day, and give something to talk about. And finally, games provide an alternative to sitting and staring blankly at a wall, one which stirs up the imagination and appetites. By itself, playing games may not solve any problems, but they can certainly fill the empty hours and add interest to life. And unlike passively sucking down images from the boob tube, game play is an activity that stimulates the brain instead of rotting it.

Video gaming is thus not the enormous waste of time that some older folks dismiss it as. Nor is it all nothing but shoot-em-up scenarios and violence. Those have the biggest market share because like so many blockbuster movies, games are aimed primarily at young, unmarried men. Yet almost half of adults over 50 play games, and most of that on computers rather than phones or consoles. Fortunately, nowadays there is an unlimited supply of challenging games in a wide variety of genres to play

The quest for adventure

There are still several problems to be addressed. In the first place, just as we older folks lack the lightning-fast reflexes of youth, we also don’t share the same interests. Studies show that the competitive urge declines rapidly in adulthood, far sooner than the craving for danger and excitement or any physical functions.

So like do we not have the keen reflexes to compete with those of more recent generations, we lack their burning desire to win. Plus, our learning curve is longer: while the kids seem to have been born with game controllers in their hands, many of us elders don’t even know how to hold one, much less what the buttons do. And nobody likes to look like an utter fool in front of children.

Another problem is that the gaming universe can be quite intimidating. There a dozen genres with thousands of titles, and like books or movies, more all the time. Then there’s the hardware. Just trying to figure out if a particular game can be played on the computer can make for a splitting headache what with the jargon, incomprehensible technical specs, and optimum settings for things never heard of before. Where, o where, to even begin?

What is needed is a guide, or rather, a guinea pig for this experiment, a job for which I have volunteered. I, your humble Portal editor and blogger, have excellent credentials for this as I am a real-live geezer. I’m also about as close to a blank slate as could be found.

Though I’m not quite an absolute newbie to gaming, I’m close enough. Back in my long-vanished youth, I enjoyed a few board games – mainly the strategy game Risk, at which I became pretty handy. I tried out Pong in the arcade and was amused but not greatly impressed and one called Death Race (pulled because it was based on running over skeletons – ah such innocent times!). Later I tried a little bit of Asteroids and of course, that eternal refuge from boredom, Solitaire. But at some point early on, for some reason, I decided that as I was a poor athlete, I would probably make a poor competitor, too, and so I never bothered to go further.

So here’s the plan for this series of articles: I intend to explore this brave new world and report on my discoveries, good and bad, in this blog. Fortunately, I work at a place well-stocked with a number of smart players – SWCP’s tech staff – who can help guide me through the maze. And I’d love to hear the concerns or experiences of any readers.

My approach will be based on the concerns many of us seniors share. I’m looking for games that the elderly will be able to play and enjoy. I plan to try out just about every genre, but gradually; no diving headfirst into some advanced multi-player epic adventure where humiliation is guaranteed. I’ll start with the simple ones and those that can be played free online. Only when (and if) I develop sufficient confidence and enthusiasm will I invest money in buying games or equipment. Any side-alley or topic along the way that is of interest to seniors, I will examine.

Next: The Gaming Multiverse