From Roswell to Robots 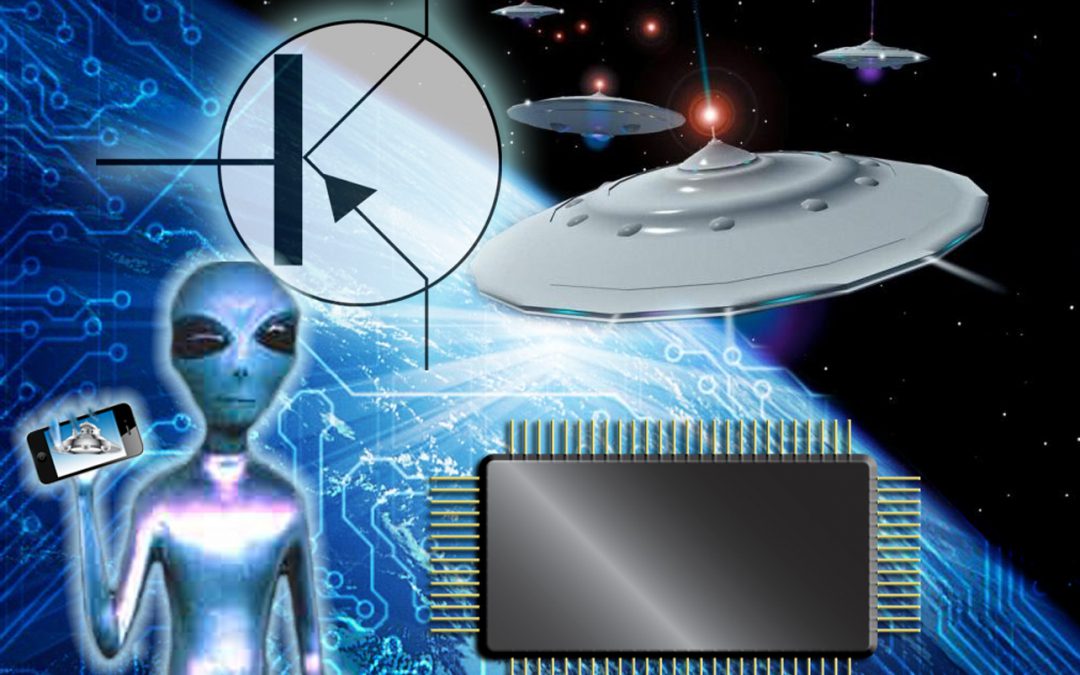 Independence Day, our annual festival of American freedom, is here again. But down in southern New Mexico, the Fourth of July comes around another celebration of an entirely different sort. For this weekend, the good citizens of Roswell are holding their grand UFO Alien Festival.

If it’s like previous years, the event should be a lot of fun. Roswell’s a nice, friendly town and the folks there are justly proud of their history. The UFO Festival is rather like a small-town carnival or street fair combined with a Star Trek convention. The official festival runs from June 30 through July 3 this year, marking the 69th anniversary of something strange falling from the sky. It’s still debated just what that was, despite deathbed confessions from people who were there and said it was a flying saucer.

Famously, at the time, the government immediately admitted recovering a “flying disc”, then said oops, sorry, it was really just a weather balloon. Back in the 1990s, they changed that to a top-secret chain of balloons to detect Russian atomic tests. The Air Force also claimed that the “bodies” were just crash-test dummies dropped from planes in experiments years later, somehow completely mis-remembered, Other explanations are even more ludicrous.

True believers, however, have always maintained that what came down was a craft from another world. That version of the story has evolved, also, as people began to talk of dead or even living humanoid aliens, the possibility of more than one vehicle involved, and as many as four or five possible crash sites. Mysterious documents have appeared and been questioned, alleged witnesses as well. There’s been a lot of debunking over the years, but the core of the mystery remains.

Central to it is the question of wreckage debris, some of which was said to resemble aluminum foil and balsa wood. But many witnesses all claimed that the “sticks” had strange writing on them and could neither be bent nor broken, and the foil could be wadded up but then would return to its original shape. Interesting, but wouldn’t such an advanced vehicle have contained more useful items? If a flying saucer really did crash in New Mexico in July 1947, shouldn’t that have radically changed our technology?

Granted, maybe our best minds couldn’t tell an alien toilet from a warp drive, but they sure would have tried. Some stories suggest that scientists at places like Area 51 succeeded and some of the weird lights in the skies nowadays are ours. But what if something were found that did revolutionize human life, but was so basic and with an influence so widespread and profound that it has been entirely overlooked?

Turns out there is something – two closely related things, actually, that might have emerged from Roswell debris: the transistor and the integrated circuit. In 1997, The Day After Roswell, the memoirs of Lt. Col. Philip J. Corso was published, just a year before his death. (Amazon listing here; a free online version here.) The book claimed that transistors and silicon chips, along with fiber optics, heads-up displays, lasers and particle beams, night vision, stealth technology, and more, had all been derived from the alien wreck recovered at Roswell. The claims caused an immediate sensation, not least because of the plausible source – Corso had been chief of the Foreign Technology Division at the Pentagon in 1961, and before that was a staff member of the National Security Council for several years.

Corso claimed he was tasked with carefully spreading that technology around to various high-tech labs, letting them think it was human-made gizmos they were to back-engineer. Among these items were curious black, cookie-like wafers, from which integrated circuit chips were developed. Such circuits – the basis of all our modern computers – are vast collections of microscopic transistors on silicon chips. Proposed in the years immediately after Roswell, it wasn’t until 1958 or so that the fundamental problems were solved.

Transistors, the essential electronic switches that power these chips, were said by Corso to have been farmed out right after the crash, but long before his time on the job. They indeed were supposedly invented in late December of 1947, mere months after the Roswell Incident. And Col. Corso was not alone in his claims. At about the same time, the now-defunct American Computer Company independently published their own history (archived here), outlining how the transistor came to be from Roswell.

Could this incredible story be true? Certainly, the immense transformative effects computers and modern communications (such as the internet) are more sweeping than anything seen before in human history. Our society is rapidly changing in directions none can foresee. Now we are faced with the very real prospect of non-human sentience rising among us, based on silicon chips. Artificial intelligence may be just as alien as anything out there, and maybe, just maybe, that’s where it ultimately hails from.

Who knows? Something to ponder while enjoying the latest alien invasion summer blockbuster…