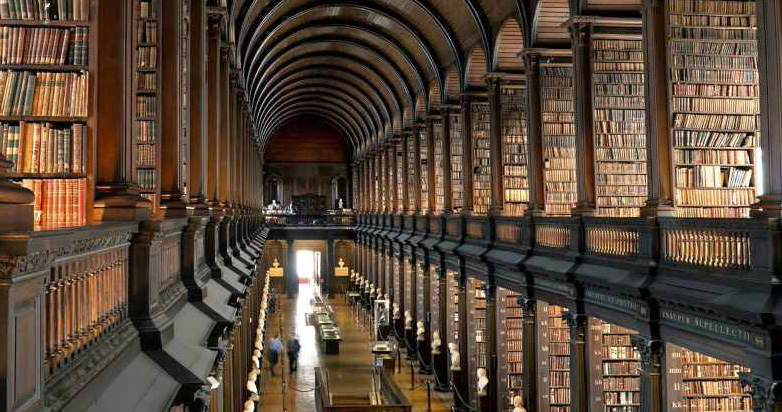 Book-lovers, silent movie aficionados, lovers of the Jazz Age, rejoice! The summer is coming to an end, along with those long, lazy hours, so perfect for indulging in light vacation reading, or chilling in a dark room watching the silver screen. But pull your head up out of the story for a minute. For the good news is that now there are more free books (and movies, music, and art) available online than ever before, due to an unforeseen conjunction of happy chances.

For the first time in 21 years, works will enter the public domain in the United States. The Walt Disney empire had deployed its army of lawyers several times in the past to extend copyright protection to safeguard its perennially precious precocious product, Mickey Mouse (TM). Perhaps now that they own Star Wars and Marvel Comics (and just about everything else) and are about to launch their own streaming video enterprise soon, the entertainment giant finally feels somewhat secure. But for whatever reason, to the surprise of everyone, Disney did not rise to the defense of its first movie star.

The much-hated Sonny Bono Copyright Term Extension Act had frozen everything in place by adding a score of years to copyright. But in 2024, Mickey will finally join the public domain.

Preceding the rodent comes all works first published in the US in 1923. So there’s everything from poems by Robert Frost, e. e. cummings, William Carlos Williams, Rainer Maria Rilke and more; nonfiction by Zane Grey, Arthur Conan Doyle’s eye-witness account of Spiritualism in the United States, Willa Cather’s passionate defense of her home state, and much more.There’s Kahlil Gibran’s The Prophet, ever-popular at weddings; Bambi, plus a couple of Agatha Christie Hercule Poirot novels, along with works from H. G. Wells, Edgar Rice Burroughs, H. P. Lovecraft, Ernest Hemingway, G. K. Chesterton, Joseph Conrad, Jorge Luis Borges, and a host of others.

But it’s not just books: among movies, there’s the first, black and white version of Cecil B. DeMille’s The Ten Commandments, silent comedies by Charlie Chaplin, Buster Keaton, and Harold Lloyd, adult-themed silent movies (years before the start of movie censorship with the Hays Code), and even a rival of Mickey, the very first Felix the Cat cartoon.

Music that has been freed include lots of wild Jazz Age popular hits, including that of the Charleston dance craze. But there are also paintings and other artworks, radio and stage plays. Wikipedia has a list of samples of the significant works that entered the public domain this year.

With the lapse of the law, each year more vanished works from the Twentieth Century will join the list until it all catches up around 2073. A gaping hole in the history of that most influential century can now finally start be filled on the internet with the original works of that era.

And in fact, for many of those works from between 1924-1968, interested people, scholars, and creators will not have to wait. Before the Copyright Act of 1976, copyright was not automatic upon publication as it is now – protection had to be applied for. And then after 20 years, it had to be renewed. Since most books, then as now, have a short shelf-life before being displaced by newer works, most authors didn’t even bother to renew their claim. The problem was to find out which ones they were.

The wonderful Internet Archive, which already has a bazillion or so free works online, had a host of registration records. The New York Public Library stepped up to render these records in a machine-readable format. It gets better, as most of these had already been scanned by The HathiTrust Digital Library under a loophole that allowed libraries certain freedoms.

Many are listed at Secretly Public Domain which every day posts a newly-discovered free book. So don’t worry, there will be plenty to keep those enamored of literature or the arts snug and warm this winter.

Here’s a short list of a few online sources:

There are plenty more out there just waiting to be discovered. Good hunting, and enjoy!